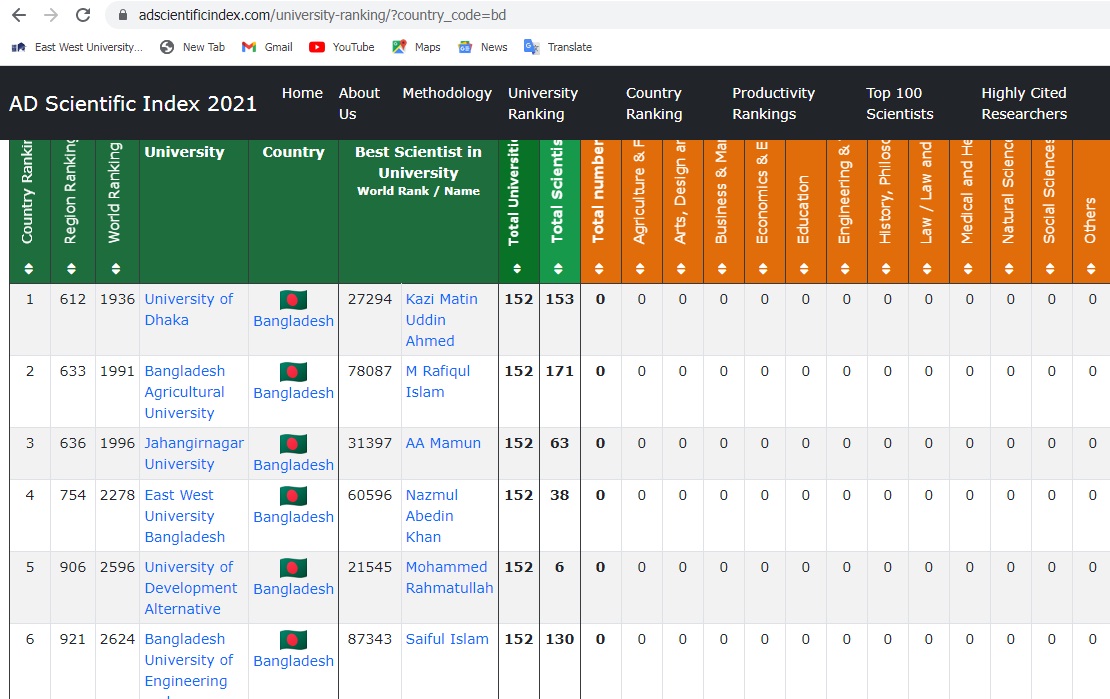 East West University (EWU) is ranked first among the private universities of Bangladesh by the world's important 'AD Scientific Index 2021' ranking. In this list, Dhaka University has become the first in both public and private combined lists of the country. And according to the combined list, EWU becomes 4th while Bangladesh Agricultural University is the 2nd, and Jahangirnagar University placed 3rd position.

Prof. Dr. Mohammed Farashuddin, Chief Adviser and founder Vice Chancellor of EWU and the former Governor of Bangladesh Bank, congratulated the University on this great achievement.

Best English Department Among All the Private Universities in Bangladesh

Department of Social Relations Arranges A Webinar on Current Covid-19 Situation and Its Future Aspec...
View All